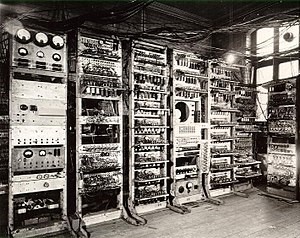 How do you explain that the technology of performance is devolving and not evolving over time because the standard was set in 1979?

It can be tempting to believe that thicker is better based solely on the way it feels. For example, have you ever been given a sample and were asked to feel the heft of the 80-mil TPO or PVC? My goodness they put a lot of “stuff” in that.

The truth is that the industry has both knowingly and unknowingly accepted that thicker roofing membranes are designed to allow that “stuff” to migrate or leave the sheet over time – whether it is the unavoidable plasticizer migration in a PVC or the generally accepted chalking of a TPO due to weathering exposure or abrasion. Yes, that is the intent of the design: Add enough of the “stuff” because it is going to degrade over time.

Essentially, these thicker membranes are made by adding more and more chemicals, filler, and additives that will wear away over time, so – in the end – you are buying simply the perception of performance, but not actual better performance.

The exception to the thickness paradigm.

Seaman Corporation’s original XR-5® product is the origin for the FiberTite story. It started one day in the 1970s when a crew was at a commercial building installing a geomembrane for the purpose of water containment. As fate would have it, a team of roofing contractors were there the same day. They were all intrigued by how thin the membrane was and how much easier it was to install than what they were working with, not to mention the heavy work that it was designed to do without losing its integrity over many years.

That’s when the idea came to life: this thin, yet strong, membrane could have life beyond its current use as a barrier to water and harsh chemicals. It was the perfect roofing solution.

FiberTite is the one exception to the thickness paradigm. In the case of roofing membranes, the thinner, higher-performing product came first. At a nominal 36 mils, FiberTite’s single-ply roof membrane achieves many things that the competition cannot, including being the only membrane to meet (and exceed) the ASTM D6754 standard for Dupont™ Elvaloy® (Ketone Ethylene Ester – KEE) content.

The FiberTite roofing membrane is designed to retain a majority of its original physical properties and thickness over time, making it a leader in long-term performance and resiliency decades after its installation.

Where many companies design their roofing membranes from the outside in by adding polymers, FiberTite is engineered from the inside out using the same base technologies that protect the environment from oil spills and contain wastewater. In short, it is inherently designed for better performance.

Here’s what makes the difference:

Some of the earliest “car phones” weighed 80 pounds and had only three channels for everyone in the city. If someone handed you that or the smartphone sitting next to you, which would you choose?

Clearly, you’d go with the sleeker, more powerful design. Why should your roofing membrane be any different? It’s time to change the conversation and realize that thicker is not better. But, again, you don’t have to take my word for it. FiberTite is proven in both the lab and the field to be higher-performing, longer-lasting and require much less maintenance over time. 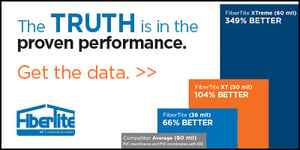 See how FiberTite’s performance
compares to the competition>>>